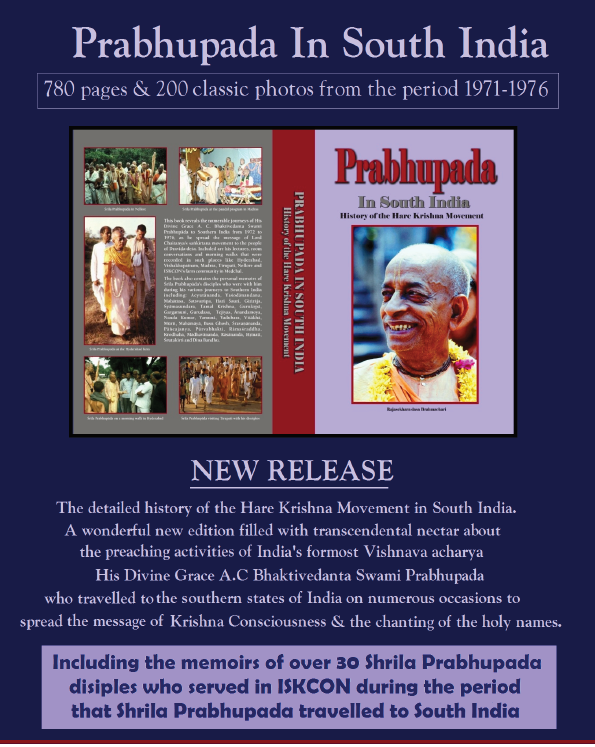 We are very glad to recommend you a book called Srila Prabhupada in South India which is compiled by Sri Rajasekhar Prabhu.

Srila Prabhupada was very eager to preach Krishna Consciousness in Southern India which is deeply rooted in the Vedic tradition.

In this book you can hear A.C Srila prabhupada lectures which were given to thousands of people during public programmes to encourage the visitors of Hyderabad, Tirupati, Madras, Nellore, Rajahmundry & Visakhapatnam temples.

You can also hear his conversations with Veda pandits, politicians and philosophers, during his morning walks along with his disciples& also during his visits to major ancient temples.

By the end of the book you will be appreciating on how Srila Prabhupada established the ISKCON temple in Hyderabad and a farm community nearby.

Interviews given by disciples adds the authenticity & liveliness to this book. By reading it your attachment to lord Krishna and Srila Prabhupada will increase multiple times.

To book your copy and get home delivery:
https://tinyurl.com/southindia108 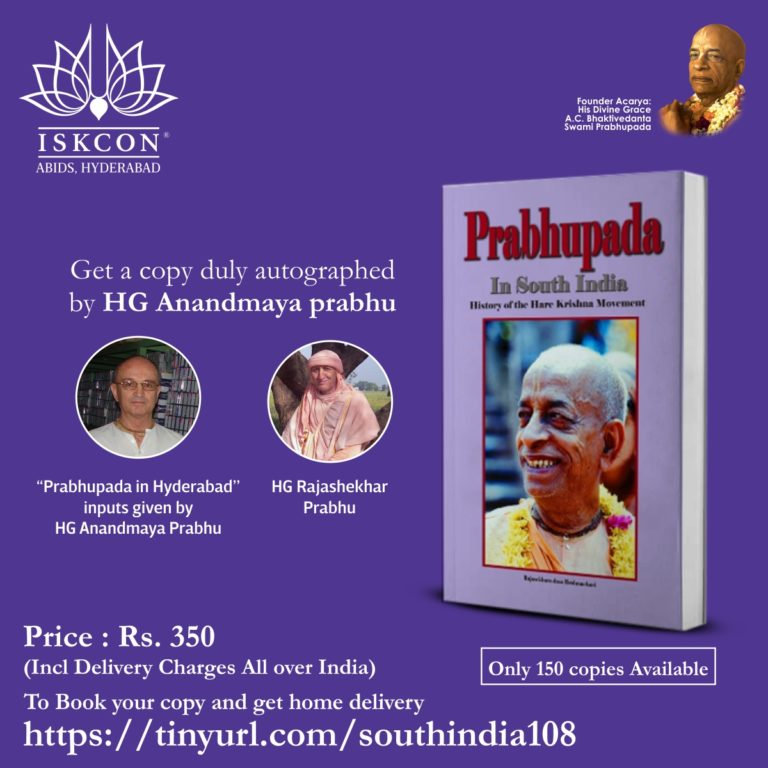