The International Society for Krishna Consciousness (ISKCON), otherwise known as the Hare Krishna movement, includes five hundred major centers, temples and rural communities, nearly one hundred affilated vegetarian restaurants, thousands of namahattas or local meeting groups, a wide variety of community projects, and millions of congregational members worldwide. Although less than fifty years on the global stage, ISKCON has expanded widely since its founding by His Divine Grace A. C. Bhaktivedanta Swami Prabhupāda in New York City in 1966.

ISKCON belongs to the Gaudiya-Vaishnava sampradāya, a monotheistic tradition within the Vedic or Hindu culture. Philosophically it is based on the Sanskrit texts Bhagavad-gītā and the Bhagavat Purana, or Srimad Bhagavatam. These are the historic texts of the devotional bhakti yoga tradition, which teaches that the ultimate goal for all living beings is to reawaken their love for God, or Lord Krishna, the “all-attractive one”. 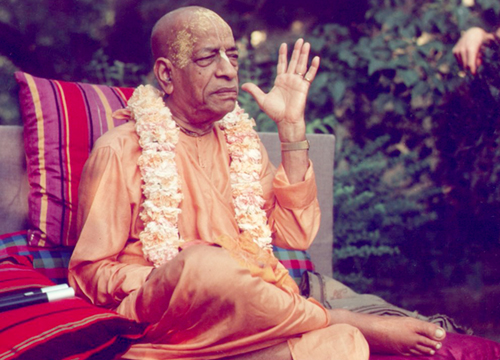 Members of ISKCON practice bhakti-yoga in their homes and also worship in temples. They also promote bhakti-yoga, or Krishna Consciousness, through festivals, the performing arts, yoga seminars, public chanting, and the distribution of the society’s literatures. ISKCON members have also opened hospitals, schools, colleges, eco-villages, free food distribution projects, and other institutions as a practical application of the path of devotional yoga.

The term “Hare Krishna”, or The Hare Krishna Movement™ Organization, formally The International Society for Krishna Consciousness (ISKCON), is the orthodox core of Hinduism. It was registered in the West (in New York) in July 1966, but dates back over 5000 years. Lord Chaitanya Mahaprabhu (1486-1532) popularized the movement all over India. Hinduism is the world’s third largest religion with over 900 million adherents, second to Christianity and Islam (according to various leading encyclopedias, websites and almanacs). The principal scriptures are The Bhagavad-gita (The Song of God), and the Shrimad Bhagavatam (the story of the Personality of Godhead Shri Krishna Bhagavan). Krishnas believe in one God.
The basic Hare Krishna beliefs can be summarized as follows: